There I Said It - What Pisses Me Off About This Pandemic 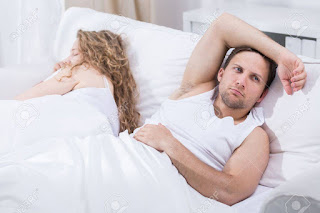 I woke up this morning agitated, but I couldn't quite put my finger on why. It's Sunday, and we usually relax when getting up a little more than normal. I just lay there and fumed a bit. Then it dawned on me. This whole ridiculous issue over the Coronavirus has just upended everything.

I started thinking about our Sunday routine. Kat and I normally get up and go grocery shopping for the week. Before that though, we normally go have lunch together, Well, then it dawned on me. Something as simple as getting lunch at a fast-food restaurant wasn't going to happen unless we take it out. That hasn't happened in weeks. A whole lot hasn't happened normally since this COVID-19 thing happened.

My fiance's youngest son was getting married in May. That had to be postponed. So many people have had to change their plans to avoid a virus. Honestly, it's infuriating. We planned to take my oldest son to California to see the beach. We planned to show him one of our favorite areas. This would have been the first time to even be on a coast. This had to be put off as well. My Mom is sick in a hospital and I can't go see her. The whole thing is just so frustrating.

I got to thinking about this virus. I started thinking about the theories about where the sickness originated. I don't hate anyone, and I certainly won't single out a people group to be treated unfairly. However, if there is a possibility that there were people in China that might have had something to do with this we should get to the bottom of it. If there is a chance that someone released something, accidentally or on purpose, that has stolen time from us then they should face consequences for holding us hostage. It also amazes me that there are people who don't think holding anyone accountable is a priority. Why, do we want to cheapen this act and just chalk it up to an "it is what it is" moment? Taking lives captive and banishing them behind doors when they have done nothing wrong is ridiculous. 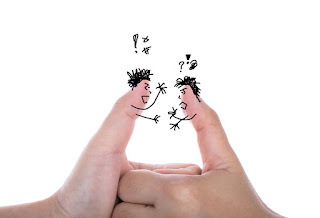 Folks in our country are blaming the President or Government, and they are trying to shame others into giving up personal freedom because it's for our own good. I am reminded of a story of a battle at sea where a Captain is watching his crew bicker and fight with one another because they have become complacent. They have obviously lost track of their mission and the focus isn't where it should be. Looking through his telescope and lowering it. He removes his pistol from his belt and fires it into the air. When the crew snaps to quiet and looks stunned in the direction of the gunshot they see their Captain point out to the sea. "The enemy is out there!" the Captain exclaims. We are so busy throwing fear around we seem to forget that our neighbors didn't do this to us. The fear-mongering needs to stop.

Think about this for a minute. If some folks in a country had held this important information from us for as long as they did, do you think they had our best interest in mind? If they, in fact, are now talking about how amazing they have done with the virus and how bad Americans are handling things do you think their focus is the betterment of mankind as a whole? They didn't keep folks from leaving their country. They didn't allow us access to information so we could help others including them. There is also very little chance that this was purely an accident. If the virus came out of nowhere that's one thing, but the fact that China didn't react to protect the world is malicious. I don't dislike a people group for any reason, but I am pissed at the folks who let this get out of hand because they were trying to save face, That is, in essence, criminal. 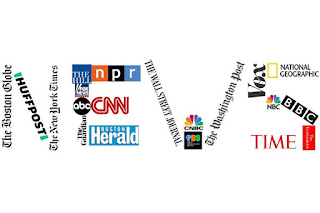 I am irritated by the news sources that want to make this issue about anything other than the actual facts. In my mind, if you are ignoring facts and using a 24-hour news cycle to push any agenda other than where the blame belongs, the Chinese Government, that is also negligent at best. Those news sources aren't protecting us either. They are no better than the Chinese Government and World Health Organization who lied to us when they told us this virus wasn't going to spread between individuals. Facts give people an actual group of people to hold accountable. That's why pointing fingers everywhere is useless.

When you don't stick to a real fact base you are promoting opportunities for people to utilize fear to single people out that don't deserve scrutiny. When a Government official is putting out a "Snitch Line" to help you keep tabs on their neighbors that is a pure example of fascism, and it subverts personal freedom.  It's time to stop making enemies of other Americans. This isn't the time. We are not the enemy. Every legal American citizen is entitled to personal freedom. It's time to stop using fear and shaming into trying to make people do what you want them to do. They are not your enemy, and it isn't our place to tell them how to react. It's your responsibility to be the example you want to see and let others be who they are.

We will get through this, but we need to remember who actually put us in a position where we needed to put our lives on hold, and stop lashing out at other Americans because we are scared. I would love your feedback because that is what helps us all grow. What is it that irritates you right now? I am curious what others think on this subject. We only get one life, and I am ready to get mine back to normal. What about you?