Is This Really What You Want Your Legacy To Look Like (Is Josh Feuerstein a Social Terrorist?)

The Planned Parenthood shooting in Colorado was a tragedy. There are many liberal voices speculating about how a commentary by Josh Feuerstein may have created the whole issue. The word being tossed about so often seems to be Domestic Terrorism.   Looking at the definition of domestic terrorism I'd have to say that in most situations a case can be made for almost any controversial issue to be dragged into the venue of "Domestic Terrorism". During the Furguson riots there were several reporters that probably could have been called vehicles of domestic terrorism. The wording is so vague when it comes to the definition that so many of us could be called into question anytime we make a Facebook post.

Situations like this really make a guy who is a Christ Follower wish they could see the way that their words would be viewed and possible outcomes before they let them out on a YouTube channel. 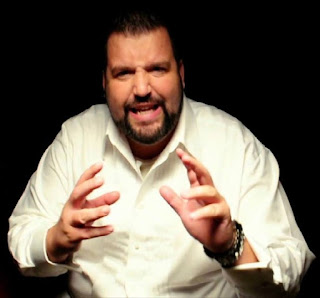 My opinion on Feuerstein and his comments can be summed up quite briefly. I believe his rhetoric can be classified in the same breath as someone like Al Sharpton; neither of which are really doing anything for the cause of Christianity except to bring perception down on Christians.  Is it social terrorism? By definition perhaps, but did he incite murder? I believe like many others; if your words get into the wrong mind anything can incite a riot or plant a thought in one's head. Unless he pulls the trigger he did no more kill a person than Al Sharpton caused Michael Brown to attack a police officer. I don't feel Planned Parenthood is a good investment of Government funds and I disagree with their stance, but I know I wouldn't go about putting my view out there the way Feuerstein does.

I think the most important question is one we should each ask ourselves when we start to say something. Is that really what I want my legacy to look like? Do the words out of my mouth inspire people or are they intended to incite folks? Why is it so many people are willing to spit on a soldier or burn a flag than try to find a forum to truly make a difference? 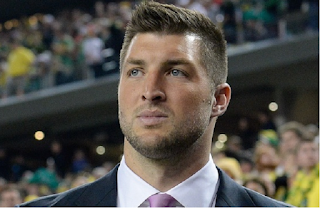 Even Gene Simmons called out the media and their duality when it comes to who they are willing to offend. When it comes to Tim Tebow people feel like it's open season because he stands for something important to him. Like Simmons says, if he were Muslim or Jewish it wouldn't be tolerated. The thing that I never hear about Tebow is that he is a promoter of Terrorism. That's because he can get the message out without being crass. I like that in a person and the choice they make when they make a stand.

I have little need for the tactics of Josh Feuerstein and I feel like his message is detrimental, but he isn't a murderer. I hold him in about the same regard as I would Jessie Jackson, or Al Sharpton. I feel like they take a very low-rent approach to how they approach controversial issues. I choose to try and handle my business a little more professionally. I tend to prefer Tebow's approach to things. However, that's me. If one of my sons were to look up to a public figure I would hope they would choose his persona over the ones of so many out there that breed hate and contempt in their words.

We have to decide how we will leave our mark in the world . Even if you are a Janitor, Teacher, Pastor, or Server you are going to leave an impression on someone as to how you react to things in life. How is it you want to be viewed?

The choice is yours.
Posted by Dirk at 8:07 PM No comments: